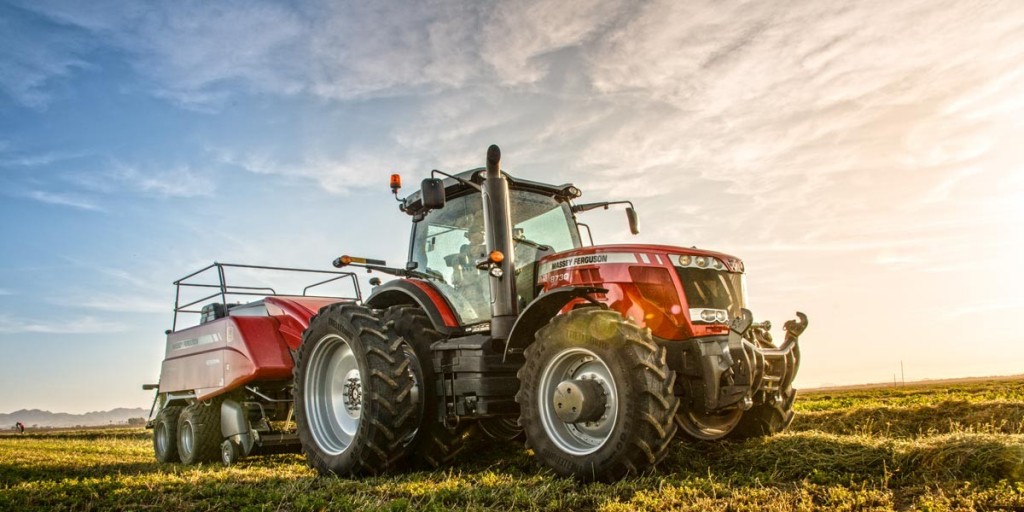 Massey Ferguson developed a wide range of agricultural vehicles and have a large share in the market across the world especially in Europe. The company’s first mass-produced tractor was the Ferguson TE-20, with a petrol engine, which was quickly replaced by the Diesel 20. In 1958 the MF35, the first Massey Ferguson branded tractor rolled off the factory floor. It was a Ferguson design that started its life in December 1956 as the Ferguson FE35, often nicknamed “Gold Belly” due to the gold engine and gearbox. These tractors were massively popular and sold across the United_Kingdom, Australia, Ireland and the United States. These were followed by other early models like the 65(MK1 indirect injection) 65(MK2 direct injection).

In the mid-1980s, the short-lived 600 series was released. This included the 675, 690, 690T, 695, 698 and 699. The reason for poor sales figures was due to unattractive styling and poor ergonomics, with the cab sitting much higher than previous Massey Ferguson tractors. Although the cab did give excellent visibility and a flat floor, being high off the ground meant it was best suited to field operations instead of livestock work. The 600 series was one of the first tractors to offer the user an option to specify where the hydraulic fluid should be pumped. By moving a switch situated near the floor of the cab, the user could block off flow to the rear hydraulics and link arms, concentrating the full force of the pump on the front loader if equipped. In the late 1980s, one of the greatest selling tractors of all time was released- the 300 series Massey Ferguson. Excellent power, simplicity of cab, high range of gears and components made the MF 300 series a success especially in Europe. The range included the MF 350,362,375,390, 390T, 393, 394, 395, 398, and the most powerful and popular Massey Ferguson 399 with horsepower ranging from 72HP to 104HP. The 300 series was also offered with a choice of cab, Hi-Line or Lo-Line. The Hi-Line cab featured a flat floor whilst the Lo-Line cab had a hump in the middle for the transmission tunnel. Some ‘original’ examples of the lower horsepower 300-series have been known to fetch prices exceeding £20,000 because of their rarity.

AGCO/Massey factories build tractors for Challenger, Iseki, and AGCO. In June 2012, the Agco facility in Jackson, Minnesota, was expanded to start building Massey Ferguson models for the North American market.

Massey Ferguson has become famous amongst sports fans in Spain, thanks to an advertisement regularly run on the radio program Carrusel Deportivo. In it, the host Pepe Domingo Castaño relates its many qualities and awards before singing a narrative song about the tractor.